We set up in 1992 to find Eastern European garment factories for Western customers. Since then, a wide range of major Western retailers and brands have used Clothesource to improve their garment production and sourcing. Suppliers like Brandix and Avery-Dennison have used the information we generate for ourselves every day to help them compete for business globally.

Our staff and office in Romania ensure our customers get high quality products from factories close to our European customers on time. In spite of Lockdown, the team is still monitoring and qc’ing garment production. Right now, they’re probably the largest foreign-managed active garment qc team in Romania, and most of the factories they review are producing pretty much as normal

From our Oxford office, just inside the Cotswolds, we give our customers informed advice no other garment or textile consultancy can match.

On consultancy briefs, we apply all our collective expertise to individual clients’ specific needs. But we strongly disagree with the “our doctrine meets all briefs” approach to problem-solving too many other consultancies offer the clothing industry.

Our UK principals, Liz Leffman and Mike Flanagan, are married to each other. Our Romanian country manager is Carmen Penciu

For information about our services, please contact us at flanagan@clothesource.net 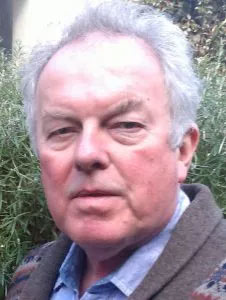 He remained a NEMS Saturday boy through his schooldays, and then during vacations from Oxford, where he did Classics.

After graduating, he worked in London and Milan as a market researcher and account manager at advertising agencies Leo Burnett and J Walter Thompson.

He then moved back into retail as, successively:

At Clothesource his Tradetrak database, which tracks every garment crossing a border into Europe or the US since 1997, feeds Mike’s wide range of consultancy and published articles.

Mike was also one of the directors at the Charlbury Deli & Café till April 2021. Which revitalised the almost-dead high street in our Cotswold microtown by doubling its customer count and quadrupling gross margin overnight without increasing selling space – all on a budget of £15,000. And since Covid came, saw its overall sales grow to record levels even after Lockdown meant its cafe had to close. 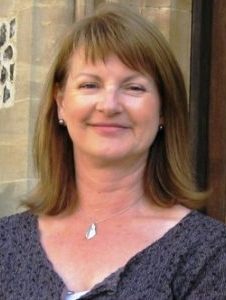 Liz Leffman has experience of both hands-on production management and consumer goods marketing. This gives her unusual skills at ensuring production meets client briefs, and in helping her team make sensible commercial trade-offs during production difficulties.

She has acquired a reputation among European and US clients for integrity, for astute factory selection and for ensuring timetables are met.

Liz started work as a market researcher at the J Walter Thompson advertising agency, followed by a period as an account director at Saatchi and Saatchi, where she handled fashion retailing and cosmetics as well as packaged groceries.

She first learned how to establish and monitor quality standards when working for Britain’s National Dairy Council  with responsibility for setting up a Cheesemark for English and Welsh cheeses – the beginning of the revolution in British cheesemaking that’s transformed the country’s food market. Then a move to Courtaulds Textiles as deputy MD in its Heanor  factory – and subsequently using her marketing skills to drive Courtaulds’ fabric innovation for Marks & Spencer.

Seeing the potential of Eastern Europe as a garment and textile supplier, she set up what became Clothesource in Romania and has been finding factories and ensuring high-quality garments from the region ever since.

In 2020, Liz acquired a Master’s in historical studies from Oxford University, while remaining in day to day control of our business and representing our town on West Oxfordshire District Council and representing its hinterland (an area about the size of London) on Oxfordshire County Council.

She is a graduate of Leeds University (philosophy and history of art: perfect training for QC-ing colour in fabric), holds an MA from Oxford Brookes University in mentoring and coaching, and is an alumna of the London Executive Programme at the London Business School.  She is also a visiting lecturer on apparel and sourcing at Westminster University.

In May 2021, Liz became Leader of Oxfordshire County Council, after her Liberal Democrat Party – in a Fair Deal Alliance with Labour and the Greens – took over administration of the County from the ruling Conservatives, and elected Liz their Leader.

What’s really made Primark the most profitable British clothing retailer ever?

News & opinions
to your inbox