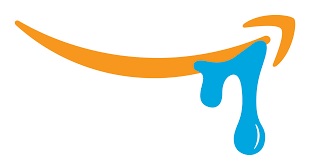 The 2017 near-billion dollar losses that tipped Sears into its bankruptcy filing were about the same as Amazon’s losses on European retail alone.

In fact, with online accounting for just 8.9% of US retail in 2017, the effect of Amazon, or any other online retailer, on Sears is widely over-rated. The US Census Bureau shows that online retail went on to grow 15% in the first half of 2018. But physical stores still accounted for three quarters of America’s retail growth.

Sears was struggling to adapt to a changing world before e-commerce was invented. It didn’t do any better after e-commerce came along, either But well run physical retailers are prospering. Indeed, the biggest clothing specialists on either side of the Atlantic (Inditex and TJX) get almost all their sales from physical stores. They’ve just upped their sales and profit forecasts as well

E-commerce doesn’t just sell less than people think: it costs more than people expected. Broker Credit Suisse now says that for selling clothes “not being online is an advantage”.

Primark makes more profit than any other UK clothes retailer – because it doesn’t sell online, not despite it. But it’s brilliant at using the web for talking to its customers, Credit Suisse adds. “Primark’s social media engagement is best in class”, it says, compared to H&M, Inditex, ASOS, Zalando and Boohoo.

Our new report, “The Emperors’ Clothes”, shows how many other myths abound:

So the problem’s not about inevitable shifts in consumer purchasing. The main problem lies with many retailers’ management: most seem to have lost touch with their customers.

Retail used to be synonymous with frugality. But retailers have spent fortunes on new physical stores. The world’s top ten clothing specialists have three times more branches today than back in 2000.

Far more than the market needed then and still too many today – however fast physical retailers’ sales have grown .

So do examples of good retailing

The “Emperors’ Clothes” report looks at twelve retail fundamentals: areas where underperformers can learn from the successful. There are plenty of each group in both physical and online retailing

But there’s one area we can’t do anything about. Online specialists like Amazon, buoyed by seemingly limitless ability to raise money and chasing sales growth, seem to be selling below cost. This drags the whole industry into a downward spiral of price-cutting and vanishing margins.

Successful retailers have thrived in spite of this. The “Emperors’ Clothes” report shows how everyone else can.