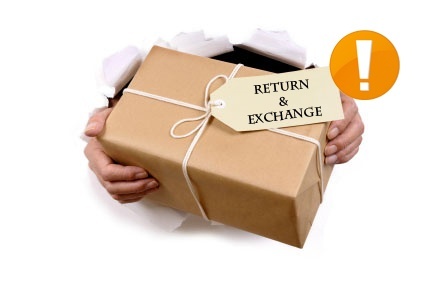 37% of UK clothing businesses say returns from online purchases have risen over the past two years, according to research carried out for card operator Barclaycard.

47% by value of clothing ordered online is now returned, with 33% of shoppers interviewed saying they ordered online expecting they would have to return them.  40% of shoppers say they typically return clothing because it does not fit, 36% say brands should standardise sizes and 9% typically order several different sizes.

52% of shoppers think that retailers have made the returns process easier recently: 29% of retailers say that this has directly caused returns to grow,

The question though is whether all this means anything. 37% of clothing businesses say returns have risen over the past two years: that is almost exactly the amount the value of clothes bought online has grown.  They estimate that the value of returns is about 47% of all online purchases: about the same proprtion other reports were claiming two years ago.

At Clothesource, we believe Barclaycard’s research funds might be better spent improving the service Barclays offers its customers. This  self-promotion does nothing for anyone.