A North Korea-watching website revealed on September 12 that shirts carrying the Lands’ End label had been seen on a North Korean assembly line.

At least five dress shirts branded with Lands’ End labels, and marked “made in China”, were seen on a rack displaying previous projects at North Korea’s Sonbong Textile Factory in June, raising the possibility that the retailer had somehow had part of its production  sourced from a country currently under multiple U.S. sanctions. Sourcing anything from North Korea violates US law and can be punished,  if found to be deliberate, by a fine of up to $1 mn or 20 years in prison.

Michele Casper, a spokesperson for Lands’ End said the company is currently investigating whether the photos relate to an “issue with a supplier” or is an “instance of counterfeiting” The quality of stitching seems far too good for a counterfeit. 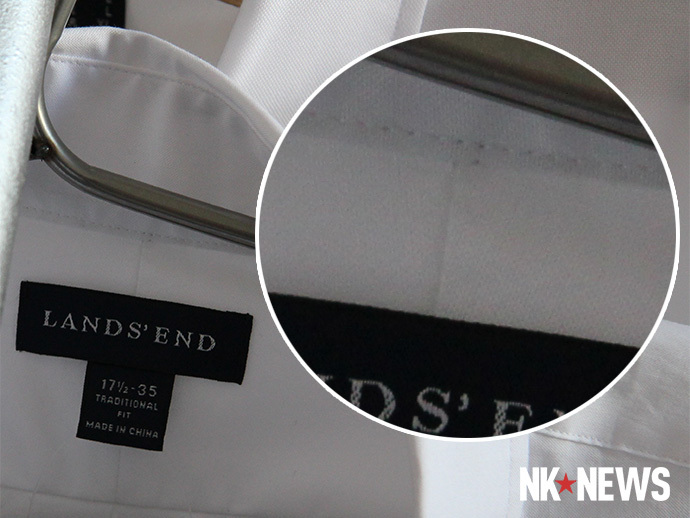 Assuming the garments are genuine, the likelihood has to be that a Chinese supplier had subcontracted to North Korea. This again raises questions over the control Sears, of which Lands’ End is a division, has over its supply chain. In November 2012, Sears clothing was found in the wreckage of the burnt-out Tazreen building in Dhaka.

Sears’ reaction to the discovery was to say “At the time of the Tazreen tragedy, Sears had not authorized use of the Tazreen factory for production of our product. Sears immediately terminated the vendor, who failed to register this factory with Sears, as required by our policies. We remain committed to factory safety and are working with our factories, vendors and industry groups on how best to address this important global issue.”