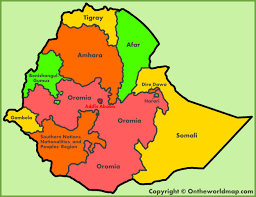 Ethiopia, after years of underperforming its ambitions, finally saw growth in its clothing exports in 2019, and was one of the very few countries to increase clothing exports further in 2020.

But it now appears to have lurched into civil war. Its Prime Minister, Abiy Ahmed, won the 2019 Nobel peace prize – yet on November 4, he ordered his troops into action against the Tigrayan People’s Liberation Front (TPLF). He accused the TPLF of attacking an army base to steal weapons