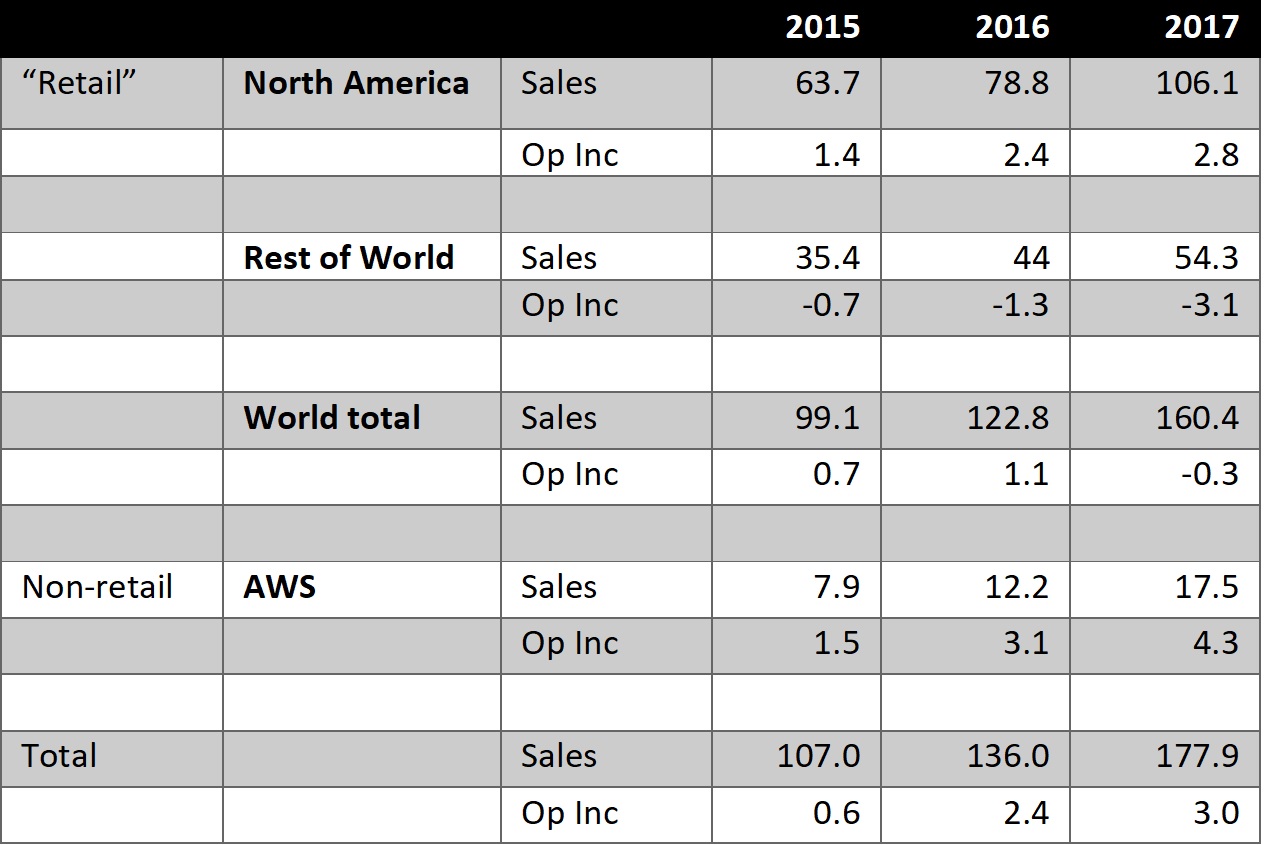 Losses in the Amazon retail business outside North America soared in 2017 to $3.1 billion – possibly the largest retail loss ever recorded. Sales and income ($bn) have been: 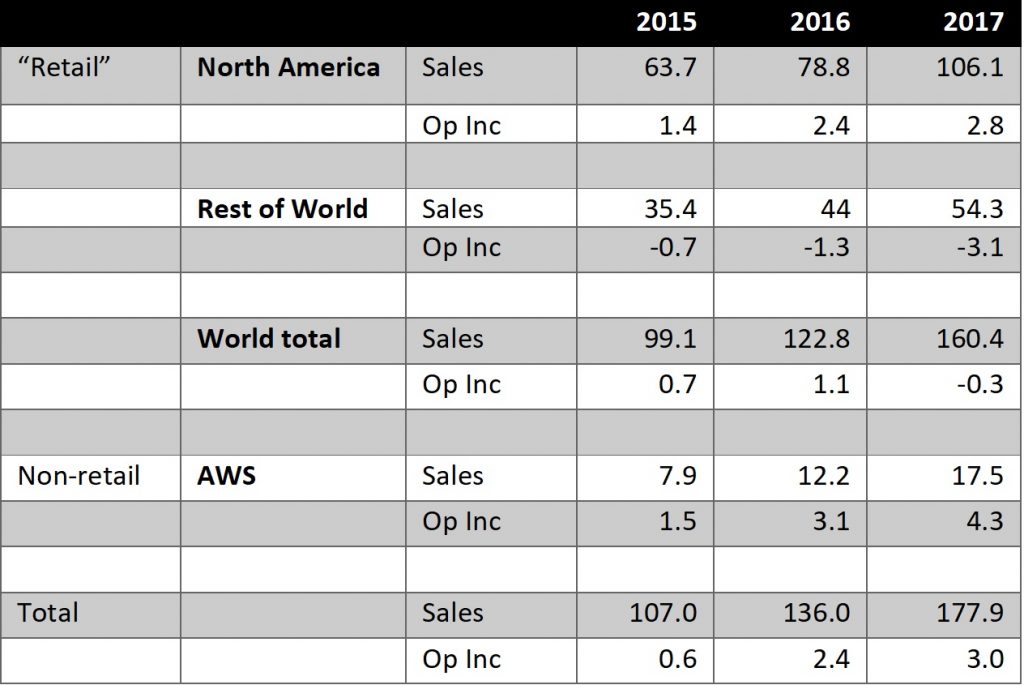 The losses were revealed when Amazon announced overall profits – including Amazon Web Services and retail sales in North America – of $3bn, on sales of $178 bn.

Amazon has been running websites outside North America since 2000. It now operates in twelve countries: Inditex now has websites in 41 countries and physical operations in 90. The accounts contained no explanation of Amazon’s dilatory international expansion, or of its inability to make money from retail