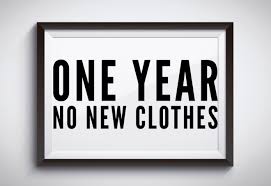 Posted in The Great Clothing Delusion

Why no-one’s buying clothes any more: The introduction

No-one’s buying clothes any more for much the same reason voters are disenchanted.

What I originally wrote for publication after the 2016 UK Brexit referendum more or less explains the disenchantment: I’ll move on to why they’re not buying clothes any more in subsequent articles

In August 2016  I agreed to soften an article I’d written profoundly disagreeing with one  written by Robert Antoshak, an American textile-industry consultant and occasional columnist.

I now believe doing so was a mistake. Robert expressed views – widely held in the clothing industry – that I believe seriously misunderstand Western  voters (which means our customers) and how politics work in the West. Those misunderstandings have led to huge problems throughout our industry – and typify many of the reasons for the financial mess our industry is in today.

So I’m now publishing what I really thought in August 2016. Some of the facts now sound a bit dated – but the problems are generally unchanged. Over the next few weeks, I’ll be developing a number of avenues here, all aimed to develop understanding of where we are. I must stress that these are my own views entirely.

Taking the hysteria out of global supply chains

Robert Antoshak’s  recent review of the political crisis facing international trade seemed to display an extraordinary misunderstanding of public opinion. As a result, I believe he’s got the problem almost completely upside down

It’s absurd to allege, as Robert does, that in the recent referendum “a majority of the British electorate rejected global integration and repudiated more than 30 years of globalisation” I’ve spent the past six months campaigning to stay in the EU –  but not once did I hear anything like that from my opponents. Nor from a single member of the new, Brexit-friendly, British Cabinet..

It’s also missing a key issue to claim simply that “Should Trump become president, then we will see a rejection of globalisation.” This claim isn’t absurd: Trump certainly will be hostile to trade. But Trump’s going to have the US Congress to deal with – and they’re a lot more divided. Robert seems as confused about the US Constitution as Trump – which is very worrying in a man who boasts about advising the US government.

Let’s look at both misunderstandings

Scarcely a single person in Britain opposes global economic integration. What 52% of those voting were against was:

It’s impossible to imagine anyone in Obama’s America or Trudeau’s Canada accepting this external interference in their country’s management – or the requirement to pay for it. No-one would dream for a second of accusing an American or Canadian opposed to such external control of “repudiating globalisation”.

Brexit supporters in the reshuffled British government just  want a simple free trade agreement with the rest of Western Europe – and similar deals with the rest of the world. They won’t get one without more or less staying in the EU, so they’re going to be disappointed. But where do commentators get all this “anti-foreign trade” nonsense from?

I think Brexiteers have been badly misled, and I’m going to go on opposing their ideas. But effective opposition starts with understanding what your opponents want.

Brexiteers just want an end to the extravagantly overengineered, spendthrift and inward-looking protectionism they (accurately in my view) believe the EU imposes on its members. I opposed Brexiteers, like most of the British business community. But it’s just silly to pretend  I’m a 100% supporter of the way the EU is currently run.

Or that I or most of the 52% of the British population who supported Brexit want to build a wall around our country. I oppose Brexiteers  because I believe their ambitions are unrealistic and potentially damaging. But they’re not looking for anything Obama or Trudeau wouldn’t find perfectly acceptable.

As far as foreign trade is concerned, both Trump and Clinton are just as far as each other from the European consensus:

Whose job is it to deal with it?

Not politicians’, for a start. If there’s one thing I disagree with Robert on more than anything else, it’s his claim that “the problem lies with politicians who have poorly described the benefits of free trade”. Politicians shouldn’t act as lobbyists for interest groups, though too many do: if the retailers and brands who’ve profited from our industry’s free trade can’t be bothered making the case for it, they simply don’t deserve it. And of course, they’ve got to find a few reasons American voters would support more free trade.

In the West, a large proportion of voters now mistrust changes imposed on them by governments that rarely deliver tangible advantages to ordinary people. That’s often inconvenient: more often, they’re accompanied by promises that either:

Voters’ irritation has been inflamed in the past decade by:

Many people feel grumpy about this, and the clothing industry is often in the front line for being grumpy at. But what really worried me while out campaigning has been the sanctimonious hysteria with which “winners”  insult those who see themselves as victims of the past decade’s economic changes. “It’s bad enough losing your job, and worse having to take one paying less than half” said one Brexit supporter. “But when someone who’s been far luckier than me tells me I’m a bigot or a racist for complaining….”

It doesn’t just rankle. I came across lots of voters originally disposed to remain in the EU, who changed their minds when confronted with the vituperation and distortions from the official Remain campaign

When Robert accuses Brexit voters – who’d love to buy their wheat from Canada, their clothes from China and their cars from the US without the distortions of punitive import duty – of “repudiating globalisation”, he’s repeating the uninformed exaggerations that lost it for Britain’s inept Remain campaign. And I repeat: what on earth gives him the impression the policies currently followed by Obama and Trudeau are any less anti-global than those advocated by Brexit leaders?

Trump’s solutions to the problem are extreme and to my mind dangerous. But he’s not invented the problem he’s exploiting: he’s just got the wrong solutions.

So what’s to be done?

Robert’s not the only person over-reacting to Brexit, or blaming Trump for the hostility mismanaged globalisation has created to our way of doing business.

What’s been central to our industry’s globalisation in our industry is that Western governments have lowered barriers to apparel retailers and brands moving production jobs to poorer countries. Those (like me) who argued for lower barriers on our industry’s imports assumed there’d be compensating benefits for Western workers.

There were certainly lower clothes prices to start with – though in the UK, those benefits seemed quite quickly at places like BHS or Sports Direct to make owners richer. Their workers have got poorer. And not even the respectable end of the trade has taken any responsibility for the social costs incurred as a result.

No wonder Simon Wolfson, CEO of UK retailer Next, has a charming metaphor for businesses demanding government concessions without explaining how they’re going to be funded: “they’re standing in a circle of pickpockets” he said in London just before the Brexit poll.

Expecting governments to do your dirty work is even worse. Outside Britain – which has been committed to global supply chains since it invented industrialisation 200 years ago – public opinion has long been turning against free trade. Indeed, of all the Western populist movements today (not just Trump, but the xenophobic parties in France, Germany, Italy and the Netherlands), Britain’s is unique in pitching for more truly free trade

Robert’s absolutely wrong when he concludes that “the challenge for political leaders will be how to illustrate the benefits of globalisation” The challenge is for traders to persuade voters there are any. Before 2008, there  were benefits in the West: they’ve more or less disappeared since.

Clothing retailers and brands are supposed to be skilled at understanding shoppers, and certainly wouldn’t expect someone else to talk to them on our behalf. If we can’t persuade our shoppers that globalisation’s working for them any more, that’s probably because it’s not.

Perhaps we should actually listen to them. We might find they’ve got a point.