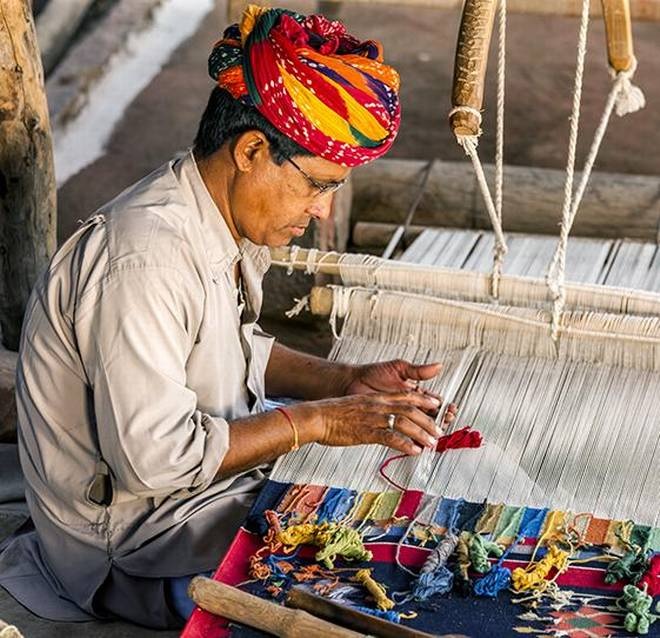 India’s obsession with the politics of hand-weaving means clothes exports are falling sharply.

And they were in a surprisingly mediocre position to start with. In the financial year to February, they fell  4% on the previous year – and in February alone they fell over 10% on 2017. The bizarre demonetisation project is one cause, as is the rupee’s 6% appreciation.

The columnist describing this fall is confused about trade treaties when he says that Vietnam and Bangladesh “enjoy favoured access through treaties to major markets like the U.S. and the European Union”

As far as clothing is concerned, Indian clothes are treated exactly the same way in the US as clothes from Bangladesh, Vietnam and China (they pay full import duty: Trump pulling out of free-trade talks with Vietnam was almost his first act as President), and of these three only Bangladesh has an advantage over India in Europe (Vietnam has yet to sign its free trade deal with the EU).

But on this the columnist shares the confusion of India’s government. Far too often, Indians delude themselves other nations have some kind of unfair advantage.

India’s last economic survey showed how it needs new jobs creating in India on a scale only garment exporting can manage. Making volume clothes is 240 times more labour-intensive than the steel works Indian businesspeople love investing in – and the survey forgets to mention those Indian businesspeople  invest in steelworks most readily if they’re in some other country.

The columnist is right to say India needs free trade deals with the West. America doesn’t want deals with India though. With both the EU and Britain’s Brexiteers, the current Indian government makes absurd demands to protect domestic industrialists in categories like insurance that would create Indian jobs whatever nationality the owner is. Or it wants preferential access to visas so the rich can get their children impressive-sounding jobs abroad. Since, predictably, Europe won’t cooperate with either demand, India doesn’t get the apparel jobs desperately poor Indians need.

Indians are forever pointing out the need for more  jobs making clothes. In all the time I’ve been writing these columns, I’ve not heard a single Indian come out with a straightforward proposal for getting any of those jobs.

But those handloom weavers the current government loves so much make lovely photo-ops.