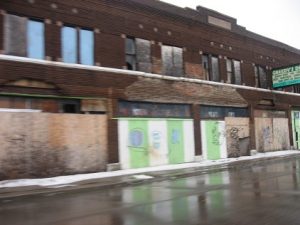 Are we really facing total retail collapse? Or have too many retailers just been misguided?

An awful lot of people are telling us retail’s collapsing – or at least fleeing to the internet.

Among recent front-page horrors have been Sears in the US hinting it’s about to go under and profits at Britain’s John Lewis falling 99%.

But both the UK’s Office of National Statistics and the US Bureau of the Census report higher retail sales than ever – with sales in physical stores still growing every year. The well run clothing retailers are prospering: Primark goes from strength to strength and the biggest clothing specialists both in Europe (Inditex)  and the US (TJX Cos) have just upped their sales and profit forecasts.

So it’s not about inevitable shifts in consumer purchasing; the main problem lies with management. They’ve lost touch with their customers: clothes stores keep aiming at millennials – broke, indebted and in precarious jobs – when most clothes spending comes from the middle-aged. They’re selling fashion when their customers just want stylish clothes that fit properly.

Twenty years ago, retailers had the highest level of successful IT projects of any industry.  Now they’re hiring consultants for IT projects that’ll never work but inevitably cost far more than they expected. They used to be notoriously proud of their insights into their customers: now they’re hiring consumer marketing advice from the Big 4 accountancy companies – who profess expertise in everything but accountancy and fail even to do audits properly.

The internet? Online works perfectly (and more cheaply) for some goods. But in clothing, for example, broker Credit Suisse now says “not being online is an advantage.” They mean using the internet for direct selling. In that review of Primark – Britain’s most profitable clothes specialist with no direct online sales – they added  “Primark’s social media engagement is best in class”, compared to H&M, Inditex, ASOS, Zalando and Boohoo.

TJX and Ross Stores – America’s most profitable clothes specialists – scarcely sell anything online either. They’re all profitable because they’re internet sceptics, not despite it.

However they use the internet, retailers need to rely on their own customer focus, recapture their self-confidence, and rediscover their native frugality if they want to avoid being the next front page horror story.