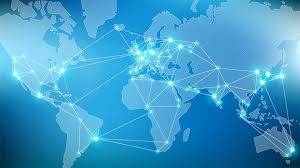 Why voters got unhappy about global supply chains: what I said in 2016

Here's an article I first published in August 2016 (between the UK's Brexit referendum and America's Trump election), after reading someone else's commentary. I believed at the time that Robert...

21 months ago, I excitedly wrote about the implications of Britain's Brexit vote to leave the EU. On March 19, the UK and EU agreed a provisional transition deal on...

Can Britain really be serious about Brexit?

The watchword this year is BINO: Brexit in Name Only. I think it's the best prediction of what awaits Britain after March 2019. Britain is a Parliamentary democracy, most MPs...

The extraordinary tizzy Brexit and Trump threw commentators into tell us more about commentators than about global politics. But it casts light on the changes the global apparel has been...

What Collagin taught me about the fashion industry. And retailing

My new Saturday job's opened my eyes to a huge set of changes in fashion retailing that seem to have passed the apparel industry by. Sharper-eyed readers sometimes ask why...

When it comes to apparel-making in Britain, there's one thing we all think we know: there isn't very much of it. But Britain's official trade statistics seem to tell a...

Are we about to see an assembly-worker free apparel industry?

There’s an awful lot less to two recent, apparently game-changing, announcements about our industry than you’d imagine at first glance. However flaky the assumptions they’re based on, though,  they highlight...

The Brexit and Trump kamikaze wings are trying to kill businesses

Brexit and the Trump Revolution are often linked. What really unites them is the extraordinarily uncommercial attitude many of their politicians are taking to what real businesses want. They differ...

On 29 March, Britain's Prime Minister signed a letter triggering the two-year process for leaving the European Union (EU). Though the negotiations will cover almost every aspect of British life,...

What’s the Chinese for hogwash?

“China must be ready to face [the] growing trend of protectionism” said its Premier Li Keqiang on March 5. Well, he should know. Time after time, whichever political parties have...

This isn’t a good time for developing new sourcing strategies

The speed the sourcing environment's changing, you'd think this is a good time for a new strategy. You'd be wrong. No-one knows yet how Britain's options will develop On February...