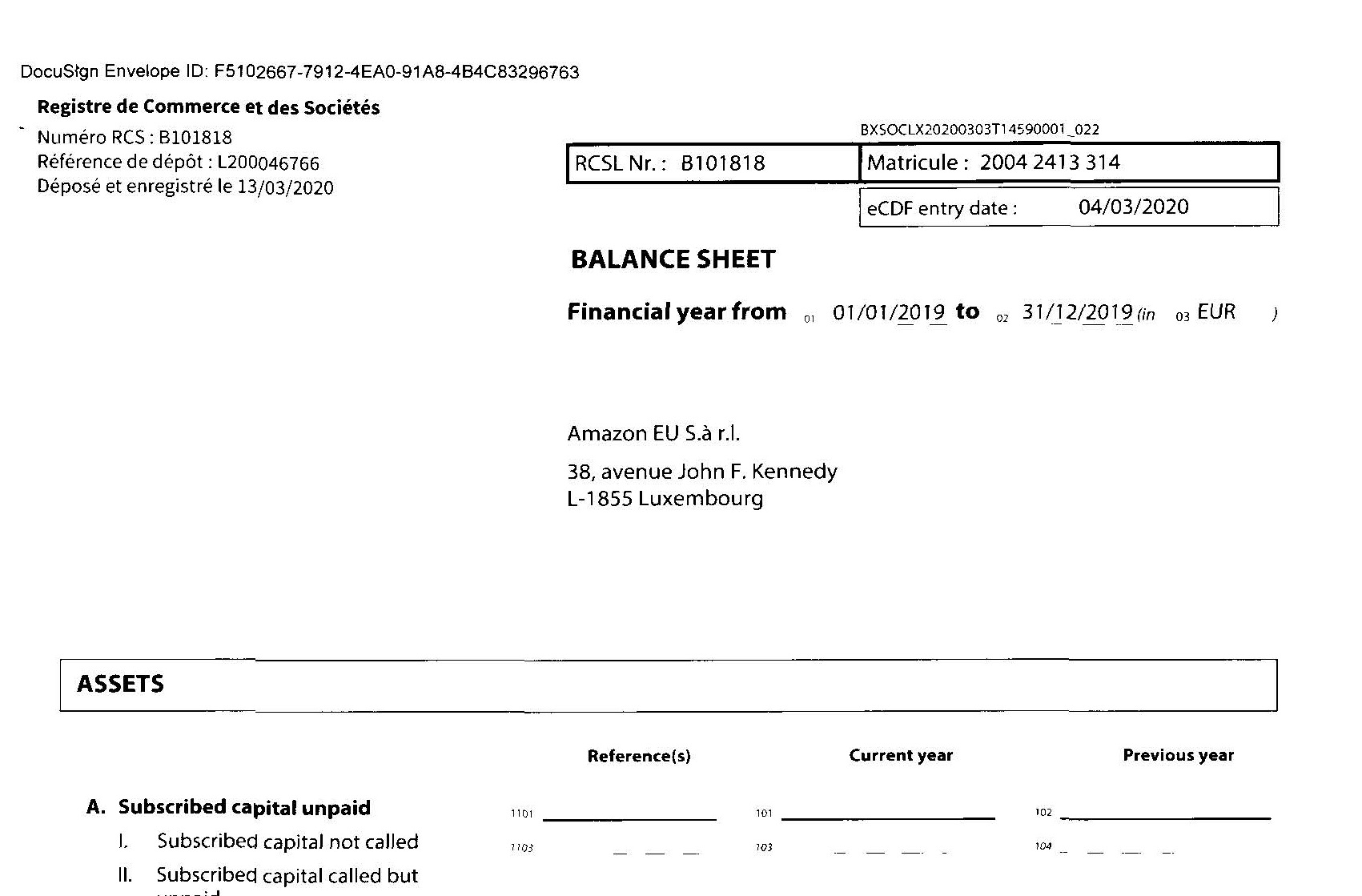 Just Style recently asked me to comment on why Arcadia collapsed.

It can’t be Amazon stealing its business, because Amazon’s Luxembourg accounts show how it’s a model of honesty. The Just Style article’s probably now paywalled. But it reveals the extraordinary vision of the Amazon owner’s determination to pay corporation tax even when it’s losing money.

Sir Philip Green had grown out of touch with how retail was changing and, with his wife, took absurd sums from the business over his 20-year ownership. When lockdown forced Arcadia’s temporary store closures, he couldn’t persuade anyone (not even his wife or himself) to stump up the cash to keep it going.

It’s easy to see why he wouldn’t invest in Arcadia, owner of the Topshop, Dorothy Perkins, Burton and Wallis brands that’s recently collapsed into administration. He’d bought it in 1999 when it had 12% of Britain’s clothes market; by 2019 its UK clothing share had fallen to less than 3%, putting it behind M&S, Primark, Next, Asda, Tesco and TK Maxx.

Many observers believe people have simply stopped visiting shops. But the real problem is that developers have just built too many shops. Between 1999 and 2019, the UK’s Office of National Surveys shows British clothes retailers’ sales through shops grew 52% – but the number of clothing stores seems to have trebled.

Before lockdown, most store closures came from shoppers moving away from town-centre shops to suburban malls or out-of-town superstores. So when journalists talk about the “flight from the high street,” they’re actually describing the movement between different kinds of shopping location. Few of them understand that, though

Have  they all gone online?

Many also believe Arcadia would have saved money moving online “because you don’t have to pay for shop staff or shop rents.” True – but the inefficiencies of selling clothes online massively outweigh those savings. Online has to employ people to assemble and deliver orders, spend money delivering clothes and invest relative fortunes on marketing and technology.

Britain is the most advanced online clothing market in the developed world because 90% of these sales are from the e-commerce divisions of physical store chains. To be financially viable, retailers selling online – even under lockdown restrictions – need these shops for assembling orders, click & collect, accepting returns, and above all to provide the buying clout for competitive prices.

Did Arcadia lose out to internet-only fashion specialists like Asos and Boohoo? All of them together, even with Amazon and the like, sell fewer clothes than Primark. And anyone watching London’s Oxford Street will have seen the crowds – and the fashion excitement – moving in the past 20 years from Arcadia’s Oxford Circus shop to the Primark branches a few hundred yards away. Primark isn’t the only Oxford Street retailer getting new clothing customers. John Lewis, now taking apparel seriously, brought adult clothes shoppers back to the area, and Niketown stole Arcadia’s sportier shoppers and their sportier parents. Over-50s buy clothes too – and keep in trim.

Were rates the killer?

Arcadia’s collapse has also been blamed on Britain’s “rates” system of property taxes and the big hit Amazon is supposed to get from it. Business rates are unhealthily convoluted, but they’ve certainly not given Amazon any recent advantage over Arcadia:  the government has waived almost all Arcadia’s business rates as part of its Covid-19 support package for shops. Amazon’s few shops get next to nothing back

But it’s all because of Amazon’s tax dodging, isn’t it?

The finer points of the world’s tax systems do help colourful CEOs with large shareholdings. In many jurisdictions – like Green’s Monaco and Bezos’ Washington State – there’s no capital gains tax on selling shares, unlike the UK. So their local tax systems give Green and Amazon’s Jeff Bezos advantages that inflate their share value – especially if they keep telling us how high their sales are. Their customers, staff, suppliers and shareholders gain nothing – unless they’re smart enough to bail out before the world cottons on.

Then there’s the myth that “Amazon dodges tax”, which somehow is supposed to give the company a competitive edge. Amazon’s undoubtedly an appalling corporate citizen – but it doesn’t dodge tax on its European retailing: it pays precisely the tax due on its shedloads of losses, which under Luxembourg law often means quite heavy taxes. In 2019 Amazon EU SARL, the Luxembourg company Amazon uses to channel its European retail sales, reported losses of over €700m ($780m), but still had to pay €294m ($328m) in corporation tax. Losses that aren’t created by clever accountants hiding Amazon sales, but revealed because Luxembourg forces firms to reveal what they pay for the goods they sell. Amazon’s costs are a lot more than their sales – even before you count the hundreds of millions it pays its staff.

Who, in turn, receive a slightly higher proportion of Amazon sales than we used to pay back when I was a director of a modest (and pretty inefficient) supermarket chain.

Bezos then goes on to let Amazon pay more tax than it needs. He’s that visionary. He just wants to keep his below-cost selling secret from his shareholders – and of course to see his shares inflate beyond any sane prospect his investors will ever see a return.

Sherlock Holmes himself would struggle to see that below-cost selling in the accounts Amazon sends its investors. Or in the 10-K it files with the US government. Bizarre though it sounds, Bezos is so visionary he’s chosen to file somewhere he has to pay tax on his losses – which he’d never have to pay in the US – and then publish that for all to see. He’s not hiring expensive accountants to hide the profit he makes: he’s hiring them to hide the tax he pays.

It takes real vision to think of that.

And there’s the problem.

In UK clothing, Amazon’s always been a minion, with between 1% and 2% of the market, although during the worst months of lockdown this year, that might have grown a bit. For most of the past 25 years, the more money Amazon has lost, the louder stock markets have cheered, convinced losses would turn into profits eventually. Since Amazon publishes no useful information about its retail results, few observers appreciate how tiny – and unprofitable – its UK clothing sales must be. So its hype has misled many consultants, journalists and investors into believing one day all clothes will be delivered by its robots.

The three real money makers of course – Primark, TK Maxx (TJX Companies in the US), and Ross Stores – don’t care how they look as long as their investors’ money stays safe. That’s why they keep out of online retailing.

Selling clothes is tricky. The people who run the most successful retailers – like M&S, Next, Tesco, Walmart, Fast Retailing, Inditex and H&M – mistrust colleagues who are too visionary, suspecting them of chasing personal publicity (and their own wealth) more than satisfied customers, motivated staff and suppliers or remunerated investors. For them, the headlines generated by Sir Philip Green and Jeff Bezos prove the point.

They also know that managing thousands of people to get clothes to consumers profitably is all about getting millions of boring details right – and see Green’s Monte Carlo yachts or Bezos’s plans for mass space migration as time-wasting distractions.

Successful retail leaders have to work with governments, not insult Parliamentary committees like a spoilt schoolboy (as Philip Green did), or demand taxpayer subsidies for office moves that never materialise (like Jeff Bezos).

They also know they might need help some time from the investors Philip Green made a career out of publicly mocking – or from whom Jeff Bezos has hidden even the most basic facts about his retail sales for over two decades, because he knows that when revealed they’ll be a great deal lower than far too many journalists gullibly believe.

Signing up to all those initiatives for decent working conditions also helps to get thousands of suppliers worldwide to make clothes on time, profitably, and pay their own workers adequately. Amazon doesn’t and Philip Green’s notorious for arbitrarily reneging on contracts.

At the same time, every successfully-managed chain has to develop tens of thousands of designs each year for clothes people want to buy. You can’t do that just by bean-counting, so you need to tap into visionaries who inspire designers to develop the clothes and the retail environment that gets customers buying. They’re rarely good at managing bean-counters, so the conventional wisdom is that on tap is where these visionaries should stay. Not on top.

Philip Green spent twenty years stopping Arcadia from becoming a world-dominating fashion-focused retailer.  He might once have been as gifted as the leaders who created the great clothing businesses, but we’ll never know.

In modern business, real visionaries can’t waste time on making money. Except for themselves.