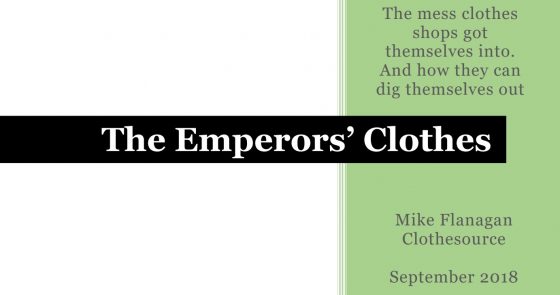 Everyone sees the retail horror stories on the front page every day.

But our “The Emperors’ Clothes” report argues that retail sales are not falling, and they’re not leaving physical stores.

Both the UK’s Office of National Statistics and the US Bureau of the Census report higher retail sales than ever – with sales in physical stores still growing every year. 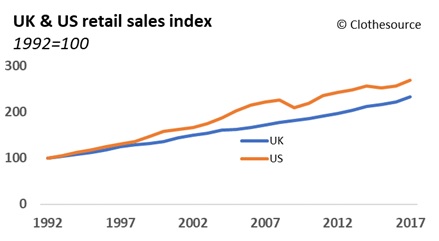 Retailers just need to listen to their customers, recapture their own self-confidence, and rediscover their native frugality.

The report argues that real sales data shows well-run stores are doing well, and the overwhelming majority of clothes are still bought in physical stores. Most of those ordered online are ordered from physical chains anyway – and most bring customers into store at some point. 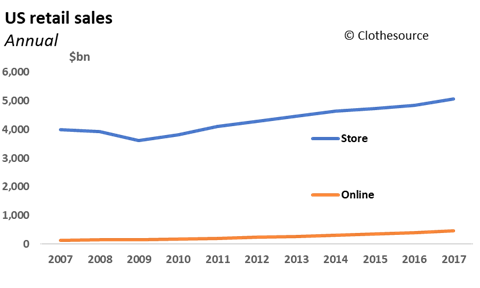 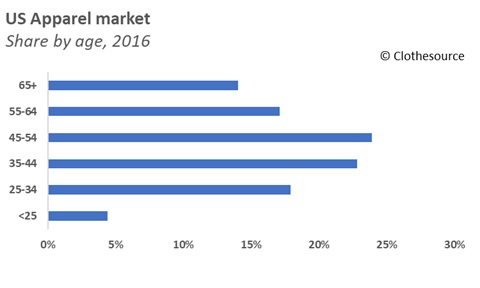 As well as pricing, store expansion, and conventional practice in store design as well as staff and supplier management. It challenges governments to listen to retailers – and retailers to give more back to the people who work for them

It takes a sharp eye to the policies of the leading clothes retailers (as well as a few many people see as leaders) and to conventional wisdom on automating retail.

We believe too many retailers have become dependent on uninformed outside advisors. Our report bases its views entirely on real sales data and worldwide research.

Retail sales are not falling, and they’re not leaving physical stores. Both the UK’s Office of National Statistics and the US Bureau of the Census report higher retail sales than ever – with sales in physical stores still growing every year. Retailers just need to listen to their customers, recapture their self-confidence, and rediscover their native frugality

Everyone knows about the retail horror stories on the front page every day.

But our “The Emperors’ Clothes” report argues that the 2018 retail crisis isn’t about inevitable shifts in consumer purchasing: in both the US and UK government data showed 2017 retail sales growing – as they have throughout the past quarter-century.

The main problem lies with management.

They’ve lost touch with their customers: Clothes stores keep aiming at millennials – broke, indebted and in precarious jobs – when most clothes spending comes from the middle-aged. They’re selling fashion when their customers just want stylish clothes that fit properly.

They’re hiring consultants for IT projects that’ll never work but inevitably cost more than they expected – and asking advice about consumer targetting from Big 4 accountants who seem to be expert at everything but reliable audits.

They try to save money in the wrong places: cutting store staff has slashed selling skills and the squeeze on suppliers means clothes shops  aren’t getting the new ideas they need.

But what about the internet?  Online works perfectly (and more cheaply) for some goods. But for directly selling clothes, broker Credit Suisse says: “not being online is an advantage.” The most successful clothing retailers scarcely do any online selling: Primark and Ross Stores not at all, TJX hardly.

But Primark makes more money than any other British clothes retailer, while TJX and Ross make more than anyone else in the US. They make their money because they don’t sell online, not despite it. And Primark probably beats everyone in using the internet for engaging their customers through social media.

With or without the internet, retailers need to rely on their own customer focus, recapture their self-confidence, and rediscover their native frugality to avoid being the next front page horror story.

2.3        Vanity projects: too many branches and too much selling online

3.3 The Middle of the Roaders: M&S, JC Penney and Sears

4.1 Most of us aren’t in the “fashion” business

4.2 Too many retailers aren’t charging what they ought to

4.4 They’re not designing stores right – and they’re in the wrong places

4.5 They’re not making the best use of staff, suppliers or external advisors

4.6 They’re being fed the wrong data and paying too much to analyse it

4.7 Demand more from government – but give back more to society

4.8  They’re paying themselves too much

Sourcing in the 21st Century